People have been sharing stories for thousands of years, whether their own rendition of Homer’s Iliad around a campfire or the latest John Lewis advert on Facebook. And the success of both Homer and John Lewis has been dependant on these ‘sharers’, the people that want to express the story in, or alongside, their own words. A successful story is therefore one that is shareable, or ‘viral’, but throughout the tradition, stories have also been used to impart ideas such as morals that are not necessarily engaging but can be piggybacked on engaging stories.

A John Lewis advert that cost around £1m to shoot and a further £6m to cover marketing was two minutes long with only one reference to John Lewis at the end, and yet their head of brand marketing Rachel Swift says “there is now a house style to the adverts – part of our handwriting as a brand.”

In fact, the presence of what would be recognised by most people as ‘branding’ i.e logos, colours and slogans are almost non-existent in these campaigns. Research has shown that “For top of the funnel, attraction-oriented content, stories are shared at a significantly higher rate when the brand is removed from the story”. Nowadays there is so much advertising surrounding us, and we have become so much more savvy at spotting it. A magazine may have pages and pages of adverts, but these are largely just ignored and simply turned over. Stories, however, can cut through that.

Matt Hird, a digital marketing consultant at an IT firm Netmatters Ltd believes that often these campaigns are about associating the organisation with a bigger story that is more important to the customer such as “Isn’t it nice how Sainsburys can help bring us all together at Christmas or how Barclays is there for you to help you get your dream home?”.

The success of this approach, at least in terms of brand awareness, is clear as, “Such campaigns have become talking points in their own right, discussed on social media, among celebrities on television, and even in news outlets”.

However, not all stories are being used in such an abstract way and many are a direct tale of the organisation or product itself. This form of storytelling is a lot older and is “related to the need to create meaning beyond the product itself. You especially see it in luxury products where there needs to be a story about the providence, designers, materials or design ethos.”

For example, following significant damage to their brand, Burberry took advantage of their history to rebrand—and tell a new story—as a fashion-forward, upscale and glamorous brand that embodied modern Britain in their advertising campaign ‘The Tale of Thomas Burberry’.

Of course, not all stories told show the organisation in positive light and this is a risk we need to consider. In its unofficial role as the world’s social barometer, Twitter can be used to measure the impact of breaking stories. For example, on Friday September 18th, 2016 there were 53k tweets mentioning Volkswagen, yet on the following Monday there were 1.3million.

This correlates with the breaking news that Volkswagen had been misleading its customers about the level of emissions its cars produced. However, it is a mistake to think that the scandal ‘caused’ the increase in tweets directly. It was not an automatic trigger and an additional link of causality is needed to explain the users’ motivation.

How much control can companies really have over their stories? When McDonalds launched their #McDStories campaign on Twitter it only took a few hours before users were hijacking the hash tag and promoting negative versions. This is in the nature of Twitter’s democratic platform and enabled tweeters, not friendly to McDonald’s, to take over authorship of the campaign and to turn the narrative against its sponsor. The gratification that users get from sharing this negative content is not necessarily any less fulfilling and yet the impact on the organisation is significant.

If this trend for democratisation of content continues then organisations will find it more and more difficult to construct their own stories and this may in turn require a clearer focus on purpose to ensure that the stories customers tell put the company in good light. In addition, whilst learning to develop ever more engaging media may be a necessity for organisations to attract attention, they should also be aware that due to social media, how the world interprets what they do is now a larger part of their story than what they say.

For start-ups and small businesses telling their brand story can be even more difficult due to a lack of resources, little or no company history and a lack of consumer awareness. Therefore, these businesses should consider developing their brand story through their people. For example, at EduGrowth, we are a relatively young company but have a team with many years of experience and success in education and business which we can build our brand story around.

If you need additional support developing your brand, EduGrowth can help you. Email info@edugrowth.co.uk for more information. 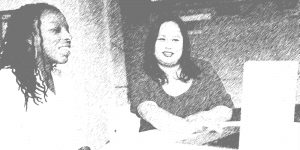 Programme Description This Employing and Managing People programme will help you acquire the knowledge, understanding and skills to identify the staffing needs of the business... 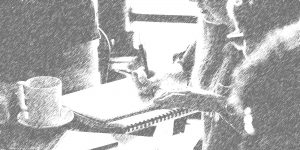 Planning and Developing a Strategy

Programme Description This programme contains two modules which will help you acquire the knowledge, skills and understanding needed to plan and build an effective business... 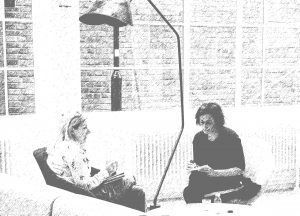 Programme Description This programme will help you review your current knowledge, understanding and skills relating to personal development and to identify how to develop these...
This website uses cookies to improve your experience. We'll assume you're ok with this, but you can opt-out if you wish. Cookie settingsACCEPT
Privacy & Cookies Policy

Any cookies that may not be particularly necessary for the website to function and is used specifically to collect user personal data via analytics, ads, other embedded contents are termed as non-necessary cookies. It is mandatory to procure user consent prior to running these cookies on your website.